Home » Blog » European strategies for gender-inclusive energy and climate transitions: where do we stand?

European strategies for gender-inclusive energy and climate transitions: where do we stand?

When the ASSET project coordinators asked me to present women’s role in European energy transition policies, I assumed the task would be relatively simple. After all, inclusivity is one of the core principles of the European Union! I learned that much more needs to be done to overcome gender barriers and allow the EU to be explicitly feminist and intersectional. 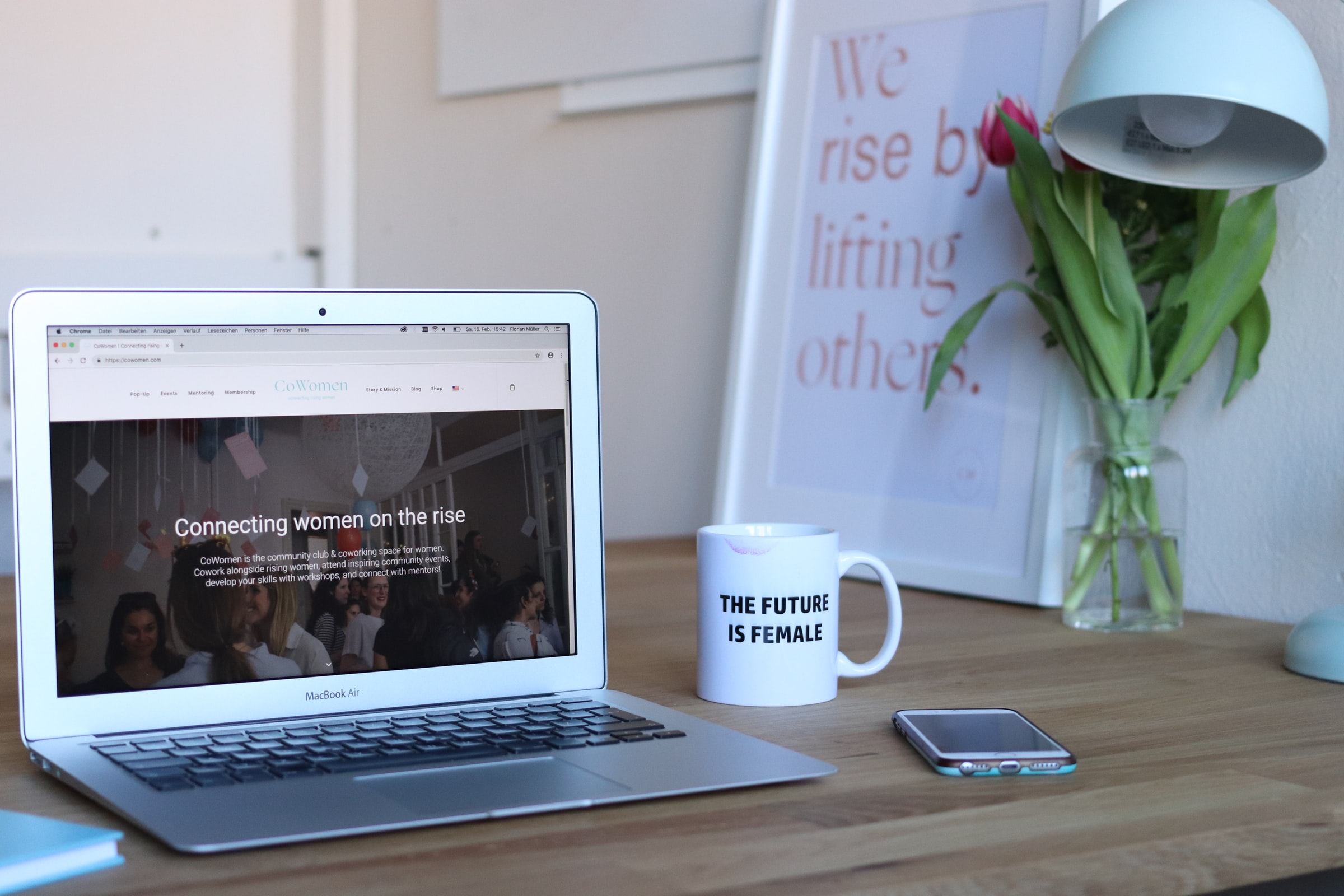 When the ASSET project coordinators asked me to present women’s role in European energy transition policies, I assumed the task would be relatively simple. After all, inclusivity is one of the core principles of the European Union! I learned that much more needs to be done to overcome gender barriers and allow the EU to be explicitly feminist and intersectional.

So far, EU policies fail to acknowledge that gender-related gaps remain widespread. Women suffer the most from climate warming and energy poverty worldwide. 80% of people displaced by climate change are women and girls; 3 billion people (mostly women and children) lack clean fuels for cooking. In the EU, they are proportionately more at risk of being an isolated or single parent, with low wages or pensions, factors that increase the risk of falling into energy poverty. In Bulgaria, 80% of women-led single households cannot afford to heat their home sufficiently (against 65% of male-led single households).

The labour market is still very unbalanced in the energy sector, and the trend will probably continue. Even if women represent 32% of the workforce in renewable energies (still better than the 22% of women in oil and gas), they tend to have lower-quality jobs. Women are still underrepresented in STEM studies (11% of women graduating vs 22% men), probably the most sought-after study paths in the coming years. Women own only 11% of energy-related patents. Only 7% of women are sitting at boards in the energy sector (21% in finance). In 2018, women represented 21.6% of EU government ministers dealing with the environment, climate change, energy and transport policies.

Women are also reported to have a different relationship with energy than men. In Europe, 75% of unpaid care and domestic work is performed by women. Women have lower house ownership rates and lower employment, wages and pensions, and different transport habits. It influences women’s energy consumption patterns.

Indeed, the European Gender Strategy, adopted in 2020, acknowledges that “addressing the gender dimension can have a key role in leveraging the full potential of [climate] policies.” Yet, energy (and climate) policies remain gender-blind, meaning that policies don’t acknowledge those differences. Instead, they tend to see “consumers” or “households” as a single block that shares the same interests and priorities. Issues related to gender, ethnicity, age, physical or mental disability, class or socio-professional category are overlooked.

For instance, neither the Energy Union nor the Clean Energy for All package refers to gender issues. However, it is intended to be relevant to “all” and “put the consumer at the centre of the market”. Only 7 National Energy and Climate Plans, describing Member States’ contributions towards the binding EU energy-climate targets, mention a gender-inclusive approach or the difference of men and women’s perspectives in the energy and climate transitions. And they usually only adopt a Human right and/or Sustainable Development Goal lens. None of them quantifies their objectives. Only one, Sweden, present some disaggregated data – and they are limited to the number of researchers on energy issues!

We could have expected more from the EU Green Deal, presented a few months before the European Gender Strategy. The terms “gender, women or men” are not mentioned, although Sustainable Development Goals are central to EU policymaking. Likewise, the Just Transition mechanism focuses mainly on technical, typically male jobs. The Renovation Wave does a bit better, acknowledging that “increasing the presence and role of women in the construction sector can help improve the availability of skills and qualified professionals.” This gender-blindness is all the more unfortunate knowing that the objectives of the Green Deal and related policies will have a considerable impact on women’s lives. For instance, lower access to property ownership, an obstacle faced by many women, could be a barrier to retrofitting. This is an issue that EU policymakers should be considering.

Climate policies seem as blind. For instance, neither the Climate and energy framework (COM(2014)15 final) nor the Clean Planet for All (COM(2018)773 final) mention women or gender issues. The Environmental Action Programme (1386/2014/EU) instead notes pregnant women as a vulnerable group. This is a good step, but without quantified objectives, can it make a difference?

The EU Climate Pact, the most recent European Commission’s initiative to involve the population in actions for the environment, aims to “pull-down barriers to climate action [including] the barriers resulting from personal characteristics, such as gender, age and disabilities. It will help Pact participants to be at the centre of debates such as those on the future of Europe”. It is good to see that parity is respected among the first 180 Ambassadors, of which I am one. But is it enough?

Research and development agendas are becoming more inclusive, as shown by the binding gender equality plan under Horizon Europe. The Annual sustainable growth strategy 2021, mention gaps in employment, skills, pay between women and men as core issues. However, the gender perspective is still limited in EU budgets and Recovery plans priorities. Without proper budgets, women’s situation will not improve.

The EU’s progress is blocked by many obstacles, such as policy silos, subsidiarity, stereotypes, lack of motivation, lack of knowledge (research, data), lack of representation and proper gender budgeting. For instance, the EU Gender Strategy, which aims to mainstream gender issues and intersectionality as horizontal principles, still lacks a consequent budget. As we saw, many policies in the energy and climate sectors don’t consider the particular contribution women can make to the transition, both as professionals and as citizens and consumers.

Women from all backgrounds need to be empowered as professionals, students, decision-makers, advocates, researchers, scientists, role models, citizens and consumers, whatever their backgrounds and circumstances. The EU should systematically address the gender impact in its policy impact assessments. It should set up bolder gender-specific objectives in EU policies, such as the Just Transition, digitalisation, finance, competition, or foreign policies. That would help close the gaps and break the glass ceilings. National levels should also integrate those objectives, such as in the NECPs and SECAPs. Collecting specific data to get a clearer picture and address particular issues better, such as the number of women on boards, could tremendously help. And I firmly believe that mandatory quotas could help.

But this won’t be enough. Inclusivity is not only about gender: the overall diversity spectrum encompasses ethnicityand race, age, (dis)ability, class or sexual orientations. Women aren’t a homogeneous group, our identities are manifold. Policymakers thus need to engage different profiles of women – and men! – in policies that directly impact them. Energy UK has started a Diversity in Energy Speakers Directory, the Brussels Binder gathers experts from all sectors with different backgrounds. These kinds of initiative should be applauded. More should also be done for policies to be explicitly anti-racist. This is the only way the EU will make sure that the energy and climate transitions are just and inclusive.

Watch ASSET’s Webinar GIRL POWER: the role of women in the energy transition and visit ASSET’s dedicated webpage and deepen your understanding by listening to this episode of Energ’Ethic with Marielle Feenstra, the Energy Feminist.

Marine is the executive director and founder of Next Energy Consumer. Her work bridges the needs and experience of civil society, scientific communities, business and policymakers, in the energy and climate transitions. Her commitment enabled Marine to be appointed one of the first ambassadors of the European Climate Pact.
All Posts 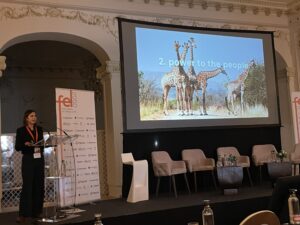 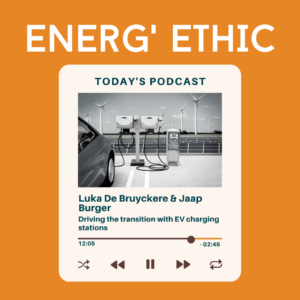 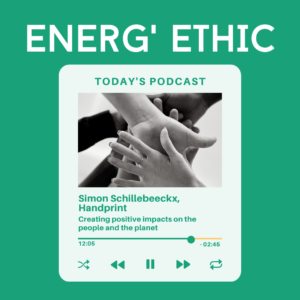