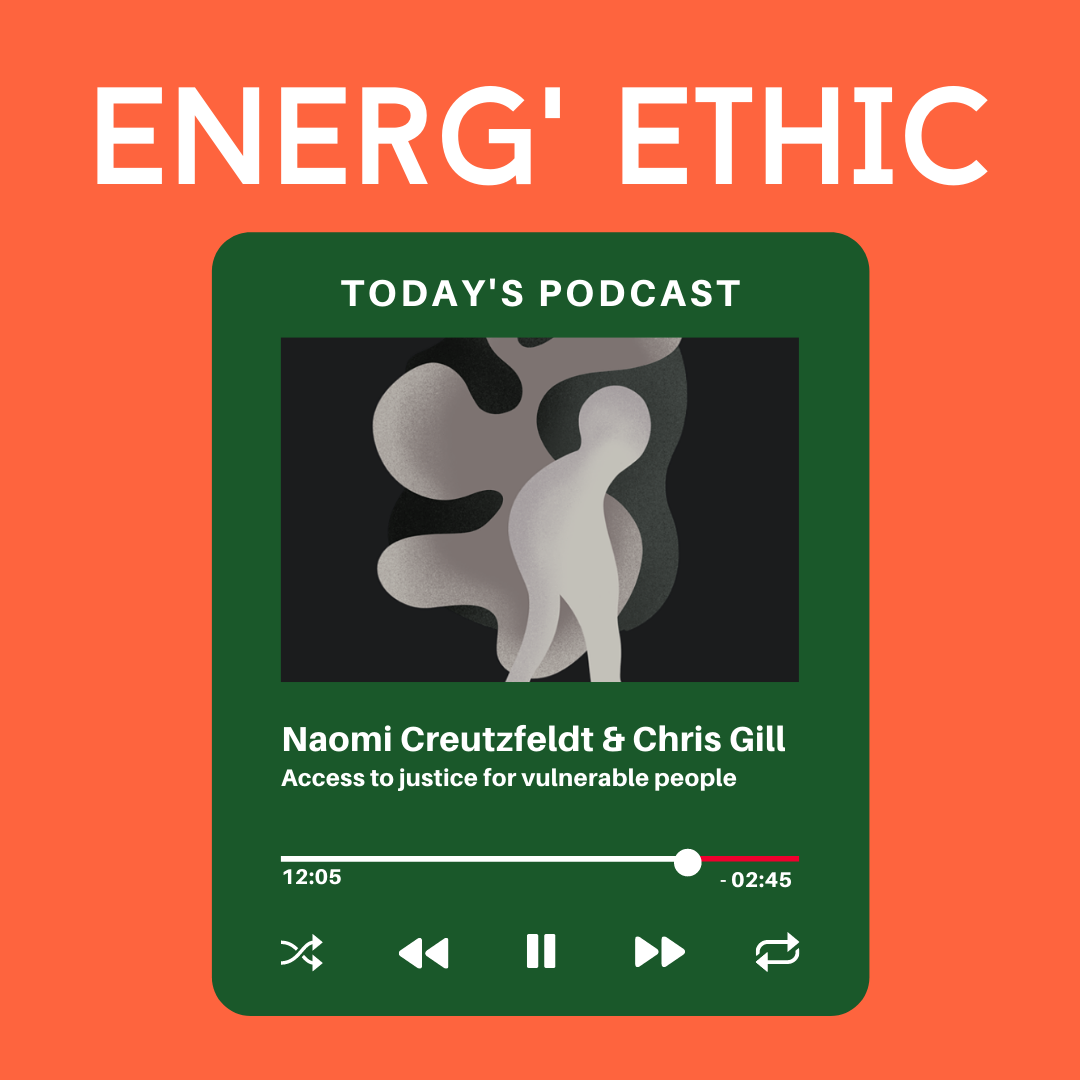 How do vulnerable energy consumers access justice? What role do local intermediaries play? What could Ombudsmen do to fill the gaps between citizens and energy companies? How could their services become more accessible?

Dr Naomi Creutzfeldt and Dr Chris Gill are both experts of consumer dispute resolution and the different forms of redress, such as Alternative Dispute Resolution (ADR) and the Ombudsman model. Over the last four years, together with yours truly, we have investigated access to justice for vulnerable and energy-poor people in five European countries and regions (UK, France, Italy, Bulgaria and Catalonia – Spain).

In this episode of Energ’Ethic, we explore the genesis of the Just Energy project, the choice of the energy sector as a case study and the baseline on which we started the research. We discuss the potential of complaints for companies and regulatory authorities to build trust in energy markets. We reflect on several key findings, such as the fact that complaining to an Ombudsman can be very intimidating: for many, complaint procedures are neither straightforward nor easy, and ADR schemes are very distant concepts. Local initiatives seem the key intermediaries between (vulnerable) people and formal justice processes, whatever the country. However, even among local actors, the role and function of the Ombudsmen might be unknown. Hence, close cooperation among stakeholders is absolutely critical to make a difference for the people in need. “It’s very important to have lots of different avenues available for people to to access justice in different forms“.

Order your copy of Access to Justice for Vulnerable and Energy-Poor Consumers: Just Energy? – Hart Publishing (2021)

Find all the information about the ESRC Just Energy Project, toolkit and Final Webinar (September 9, 2021 at 12:30 BST)

Marine is the executive director and founder of Next Energy Consumer. Her work bridges the needs and experience of civil society, scientific communities, business and policymakers, in the energy and climate transitions. Her commitment enabled Marine to be appointed one of the first ambassadors of the European Climate Pact.
All Posts 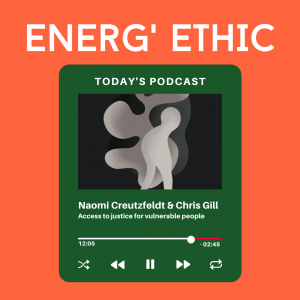 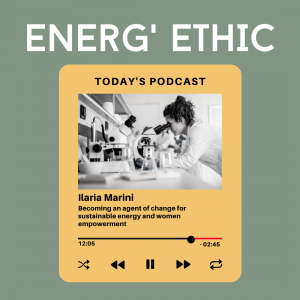 Becoming an agent of change for sustainable energy and women empowerment, a conversation with Ilaria Marini, A2A Calore e Servizi 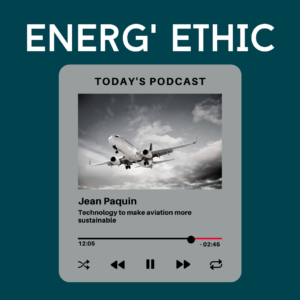 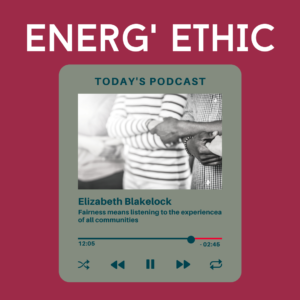 Fairness means listening to the experiences of all communities, a conversation with Elizabeth Blakelock